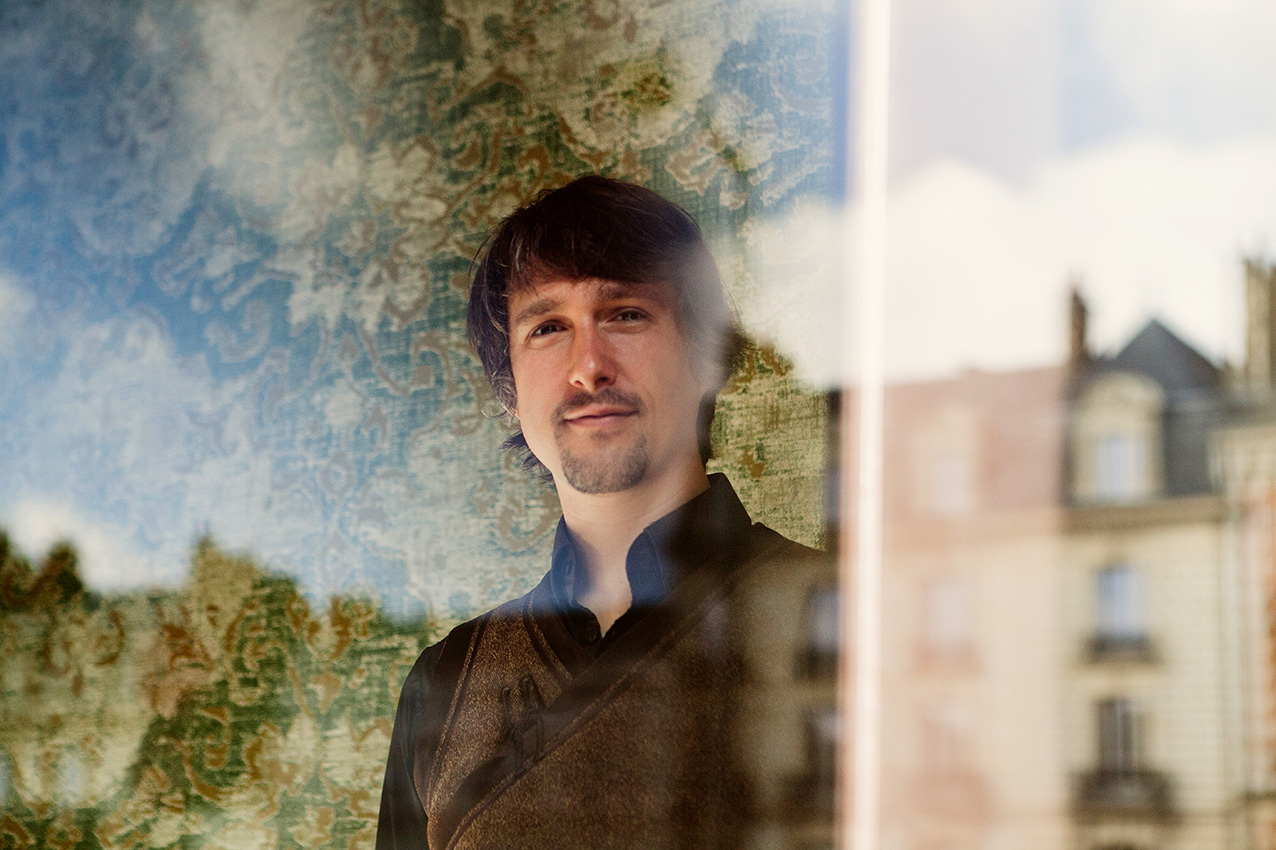 Born in 1981, year of cock in Décines-Charpieu, and resides in Rennes, Johanni Curtet is a musician, overtone singer and ethnomusicologist. He learnt classical guitar with Jean-Loup Gautret (La Flèche Music School) and Hervé Merlin (Conservatoire of Rennes) while training himself in the chamber music with the guitar quartet Merienda. Following this, he turned into the musical practices of orality, influencing his play from Asia and Africa.

For 10 years, Johanni immersed himself in studying musicology and ethnomusicology at the University of Rennes 2, and specialized in the khöömii (Mongolian overtone singing). Since 2004, he has won several scholarships such as Aegis, International Foundation Nadia & Lili Boulanger, Cultural Aires International Doctoral College in Brittany, American Center for Mongolian Studies and Assistance for Fieldwork of the French Society for Ethnomusicology that allowed him to conduct his research in Mongolia and learn the Mongolian language and culture.

First initiated by Tran Quang Hai, he learnt khöömii from Tserendavaa Dashdorj in the mountainous steppes of the Altai and then Odsuren Baatar at the University of Culture and Arts in Ulaanbaatar.

Artistic director of Routes Nomads Association, Johanni organizes and produces the concert tours of Mongolian overtone singing, and accompanies his master Tserendavaa and his son Tsogtgerel on stage at many festivals.
The African influence in his music comes from his long stay in Cameroon. By participating as a trainer and organizer of the first two editions of Voice of Sahel Festival in Garoua, Cameroon and N’Djamena, Chad (Trans-Saharan Azalaï program initiated by CulturesFrance), Johanni shared music stage with Camel Zekri, Yacouba Moumouni, Alpha Barry, Mounira Mitchala, and also many local musicians from Cameroon (South Team, Douala, bards of North Cameroon) and Chad.
This crossroad of culture he experienced is synthesized in the compositions of Meïkhâneh, a trio in which he plays and continues training himself. Johanni’s play has a major influence of Thierry Robin, with whom he attended two master classes organized by DROM in 2013 and 2014.

Johanni teaches khöömii at the cultural and educational institutions as University of Rennes 2, Théâtre de la Ville, Kreiz Breizh Akademi (DROM), The Philharmonie de Paris and Centre for the Heritage of Instrument-Making; for festivals as Les Orientales or Les Suds à Arles; and for various associations and groups of amateur overtone singers (Tortue Écarlate) or runs individual courses in Rennes.
In the study of khöömii, Johanni focuses on the origin, history, spectacularization, heritagization and transmission of this vocal technique in Mongolia. His researches are accessible through his PhD dissertation entitled The transmission of höömij, an art of vocal timber: the ethnomusicology and history of Mongolian overtone singing (2013, University of Rennes 2), and several academic articles he wrote.

In 2009, at the request of the Mongolian National Commission for UNESCO, he participated in the elaboration of the khöömii nomination for its inscription on the UNESCO Representative List of the Intangible Cultural Heritage of Humanity. In 2014, he taught Mongolian language grammar, Mongolian culture and civilization at INALCO, the National Institute of Oriental Languages and Civilizations in Paris.