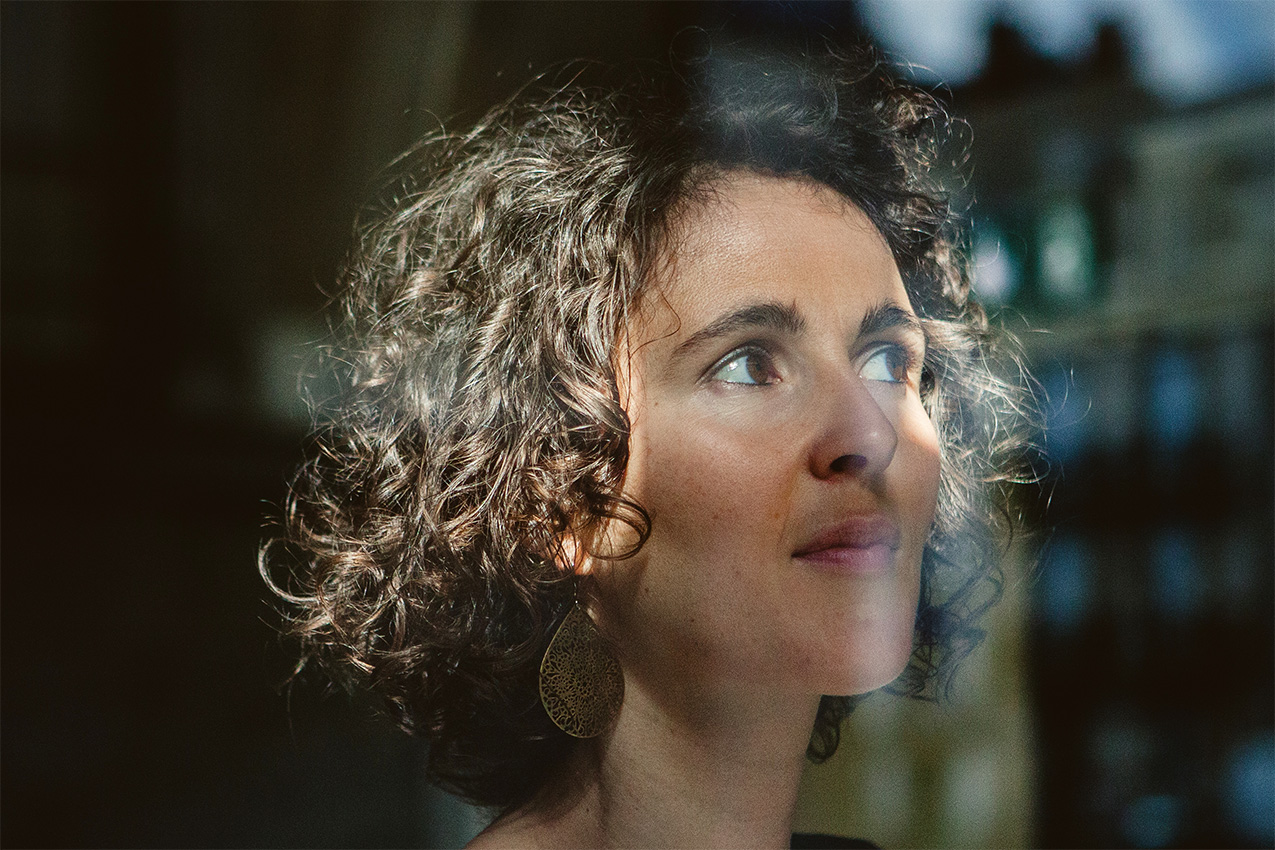 Self-taught singer, her vocal practice is nourished by songs and vocal tones from all around the world, and the music of languages.

After studying flute and traverso, she began her singing career with the vocal trio Portotrio. The band was based on a repertoire of traditional world songs arranged for three female singers and a percussion player.

In 2009, she joined Johanni Curtet and Milad Pasta to form Meïkhâneh. Influenced at the same time by Fado, American folk, as well as Mongolian long songs, she invents her own vocal vocabulary, and brings out an imaginary language to feed her improvisations.

Since 2013, Maria, together with the singer Gautier Degandt, has been playing in an unbridled and energetic folk / blues duo, Bâton Bleu, in which she sings and develops a very personal banjo playing style. Bâton Bleu has traveled a large part of Europe during its many tours.

At the same time, Maria brings music as an instructor and musician for a public of toddlers, people with disabilities, hospitals, and in partnership with social centers.