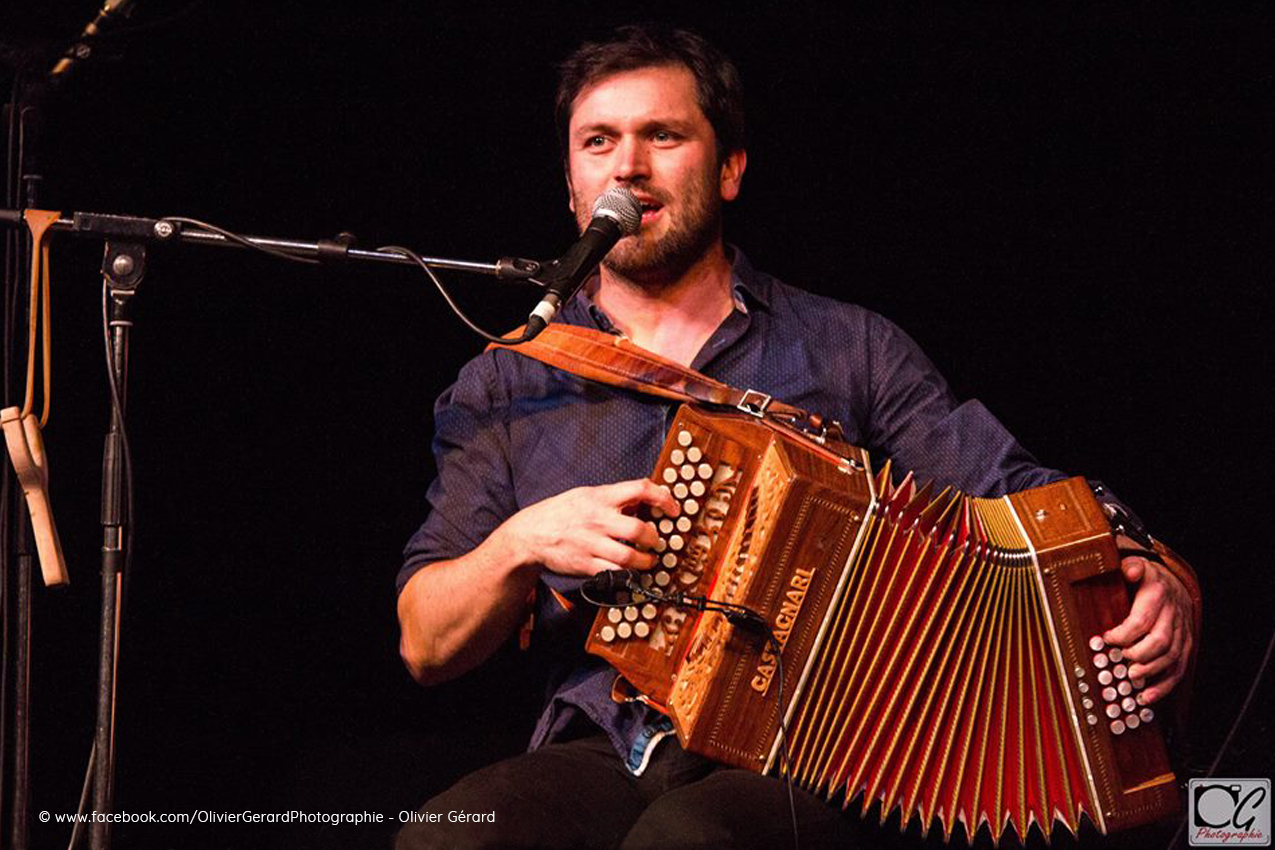 Martin Coudroy was 13 when he met Marc Perrone. It was a revelation.
Leaving aside the piano, it is with him that he begins to give air in the lungs of his accordion while he begins at the same time both classical and traditional music on the violin.

Thanks to the encounters, he forges a solid experience focused on French and European traditional musics, particularly music for dance. He specialises in the Breton repertoire that he gives in concert with several ensebles.

At the same time, Martin discovers the music of the Scandinavian countries, a passion begins… After trips and internships, he leaves for a year in Sweden to study violin in Nordic traditional music, in the famous school of Malung (Dalarna) . A year full of encounters, music, song and dance.

Returning to France in 2007, Martin devotes himself to projects around the Breton and Swedish repertoires and the folk dance. He also joins the artistic team of La Compagnie Trajectoire, contemporary dance company, as a musician-dancer. He collaborates on discographic projects as a musician or artistic director (Ocora-Radio France). He is also invited as a guest on repertoires of world music.

He holds the DUMI (University Diploma of Music Instructors) specialised in early childhood, and regularly works with children on singing, dancing and artistic development. He often supervises masterclasses and internships in France and abroad.

The artistic approach of Martin Coudroy is open to different aesthetics, from jazz to musette, through gypsy swing, traditional and world music, contemporary and improvised music.